Despite the ongoing sensitization of road users, some lawless elements are contributing to the drastic increase of road carnage and fatalities.

The authorities are now compelled to reinforce their strategies to track down and penalise the culprits.

The Johannesburg Metro Police Department says over 800 people were arrested in the city last month for driving under the influence.

Eleven people have died on Joburg’s roads since the start of the holiday road safety campaign two weeks ago. 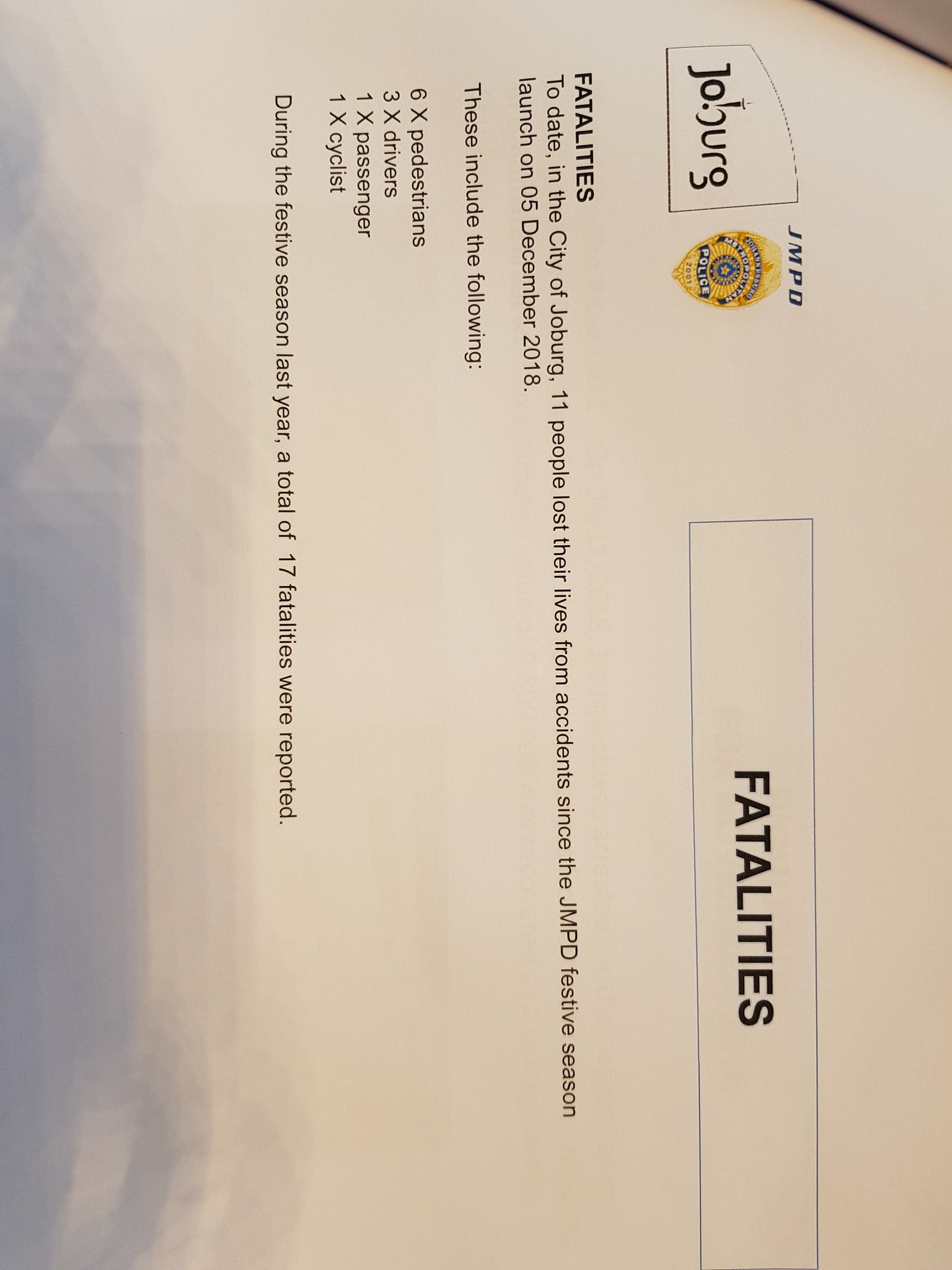 Drivers hitting the bottle before getting behind the wheel remain a major headache for law enforcement over the festive season.

For many South Africans – this time of the year means slowing down and getting some well-deserved rest but this isn’t the case for law enforcement officers.

The festive season sees them out in full force, but there is one battle that the JMPD is still struggling to win, and that’s drunk driving.

While road users are ignoring the rules, the situation within the JMPD itself seems to be improving.

Only 10 disciplinary cases were reported last month, a 50-percent reduction from October.

Diaspora forum warns: ‘illegal foreigners have rights in South Africa and must be respected’

Taxi driver gets R40,000 reward for helping woman give birth

0 thoughts on “800 drunk drivers, contributing to carnage and fatalities on SA roads apprehended”