It is common knowledge that Dogs are indeed very dependable and reliable for security of their owners. This particular rescue by this dog has set social media on fire.

Dogs are often referred to as a man’s best friend.

It’s a small wonder why, really, when all is said and done. They’re attentive, caring, protective and, most importantly, loyal to the very last.

That can certainly be said for one dog from Woodbridge, Virginia, who recently saved a 10-year-old girl from being abducted in broad daylight … 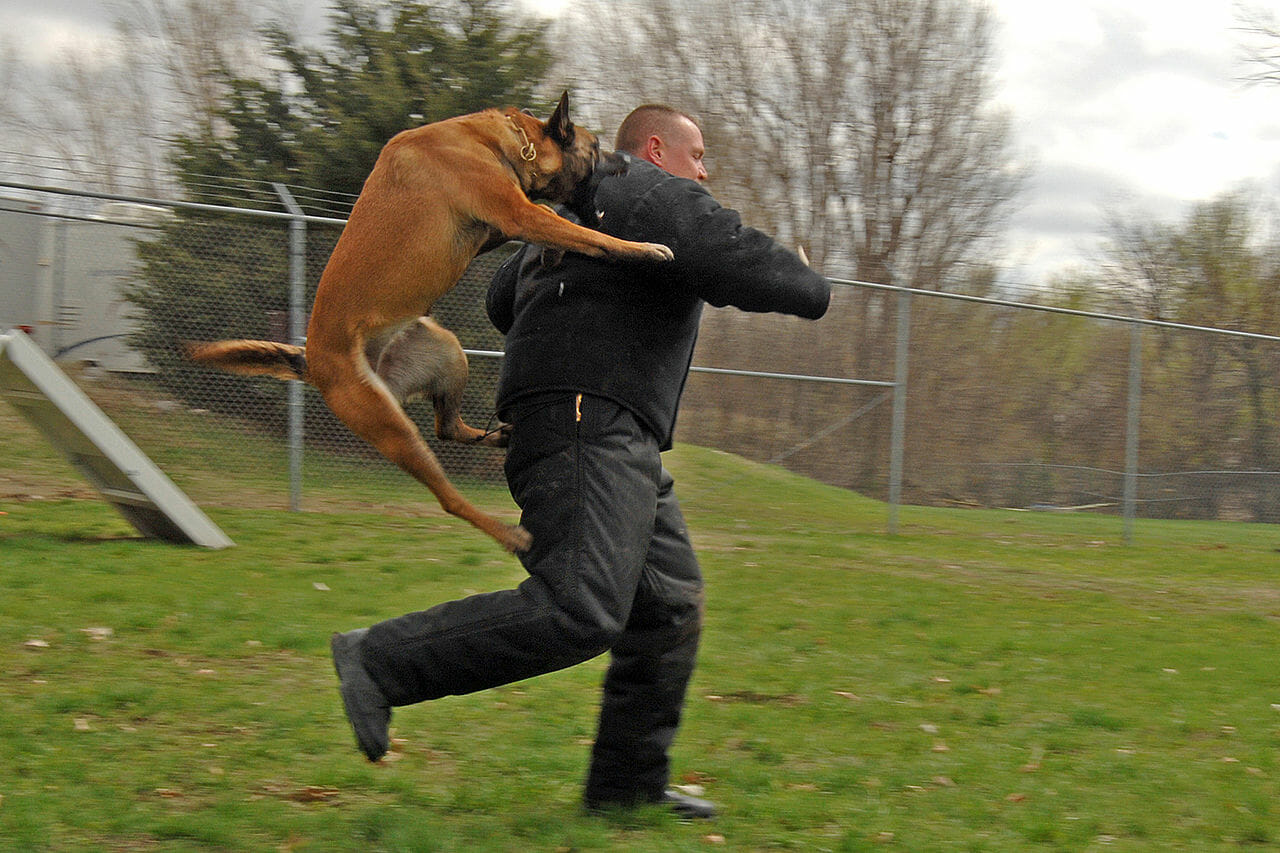 It’s the nightmare scenario for any parent; their child goes for a walk and is almost snatched off the street by a stranger. To protect her privacy, details of her, the dog and her family weren’t released by the authorities, but it makes for an alarming read all the same.The 10-year-old had taken her dog for a walk in a block off of Heather Glen Court, Woodbridge, Virginia, just a few minutes before 4pm on a Friday afternoon.

As one might expect, the neighborhood was busy with the various comings and goings usually associated with that time. People were returning from work, children were heading home after school … frankly, it makes the attempted kidnap that bit scarier.

As per the police report, the suspect followed the girl for a while. She soon picked up her pace when she noticed he was gaining on her, though he finally made his intentions clear by sprinting after her and grabbing a hold of her wrist.

The man was attempting to take her by force. Fortunately, her dog had other ideas.

The 10-year-old’s protector responded ferociously. It bit the criminal on the hand, forcing him to release his grip.

Reportedly, the assailant was so shocked/ hurt that he fled the scene immediately, giving the girl time to get home.

The Prince William County Police Department wrote in a statement: “At approximately 3:50pm, the victim, a 10-year-old girl, was reportedly walking her dog in the 1800 block of Heather Glenn Ct in Woodbridge when an unknown man approached her and grabbed her arm. During the encounter, the victim’s dog bit the suspect who then released her and fled on foot.”

Police officers soon swarmed the scene in the hope of finding the perpetrator, though he despite their efforts he wasn’t found.

Whilst the community remains in shock, people are readily heaping praise on the dog who prevented what could have been a truly terrible happening.

Alcohol available Monday to Thursday, from 9am to 5pm

Nine puppies & mother dumped like garabage on the road by owner

Alcohol will be sold at home, but Cigarette ban to remain under level 3

← Newer Post
BREAKING: Buhari Is Nigeria’s President For Another 4 Years
Older Post →
Farmers and couple attacked with a panga on their farm in Eastern Cape
Loading...