As extreme hunger and poverty continue to ravage Zimbabwe, trying to deal with a critically devalued currency, experts say the land grab and expropriation contributed primarily to the  broken and shattered Zimbabwe economy.

At the moment South Africa is carrying out a similar land expropriation process, which is getting investors uncertain about what will happen next.

Current events in Zimbabwe show that while a week may be a long time in politics, it is really a very short blink of an eye in economics.

Zimbabweans on the streets of Harare and Bulawayo may be hopeful for political change, but they are much more sanguine and realistic when it comes to improving the country’s economy.

Presidents can be impeached in days or weeks. It takes years to wreck economies and usually even longer to repair them.

So, will Emmerson Mnangagwa be able to take Zimbabwe’s economy off life support and at least start to put it on the road to recovery? Analysts are very sceptical that a quick solution is even feasible.

The euphoria that gripped the nation Is currently dying as hunger and extreme poverty is the bane of the country.

Cash injection
The first tool President Mnangagwa would need to even get a recovery kick-started is hard currency. Zimbabwe hasn’t had a currency of its own since 2009, after hyperinflation killed off the old Zimbabwean dollar. 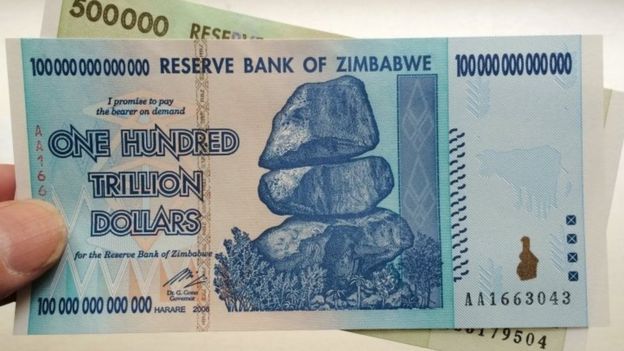 Since then, the US dollar has been the main currency for transactions, as well as the South African rand. And in recent years a cash shortage has been slowly strangling the economy, which is half the size it was at the turn of the millennium.

But who would stump up the cash? Western donors will remain wary of a Zanu-PF government which simply sees Robert Mugabe replaced by Mr Mnangagwa.

The International Monetary Fund, which describes Zimbabwe’s economy as one of the most fragile in the world, may be more willing – but only with many strings attached to any deal.

China is possibly the most likely cash benefactor in the initial stages of a Mnangagwa administration. In some circles, Mr Mnangagwa is seen as Zimbabwe’s Deng Xiaoping, the Chinese leader who instigated a degree of market liberalisation.

Dump damaging policies and stamp out corruption
Assuming the cash is forthcoming, what then? Mr Mnangagwa would have to dump economic policies that are unpalatable to foreign investors. 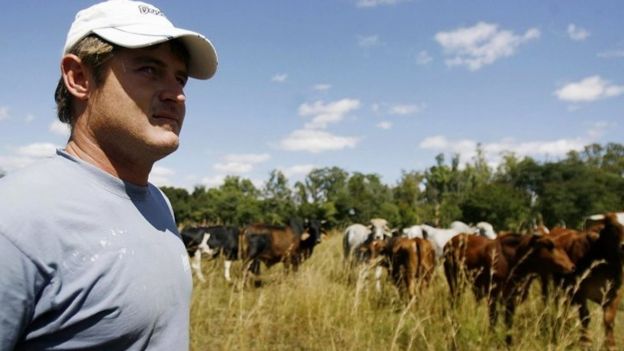 In 2009, Mr Mugabe signed the Indigenisation and Economic Empowerment Act (IEEA) into law, which aimed to place 51% of companies into the hands of Black Zimbabweans.

Even some Chinese companies have been forced to close their operations in Zimbabwe in recent years, because the IEEA made it unprofitable to do business in the country.

Once considered the breadbasket of Africa, Zimbabwe saw its agricultural production start to plunge at the turn of the century after the government-sanctioned programme of farm seizures.

Some sources claim that Mr Mnangagwa is keen to revitalise Zimbabwe’s commercial farms, and may seek the help of white farmers to do it.

Corruption has been a major restraint on economic growth in Zimbabwe for years. Much of the farmland that was seized from white farmers ended up in the hands of army generals and the political elite, who knew next to nothing about agriculture.

The farms simply fell into disarray. Likewise, businesses that ended up with people with more political connections than entrepreneurial flair more often than not went to the wall.

Not that corruption is confined to Zimbabwe in the African context, but it is one of those places that it seems to trickle down from the top. Just ask any South African who has driven their car across the border and been stopped at a police roadblock.

But Mr Mnangagwa has not escaped the corruption criticism. It is alleged that he was at the top of corruption tree when the army effectively took over the Marange diamond fields in the east of the country in 2008. At the time, he was the defence minister.

That whole affair raised the eyebrows even of Mr Mugabe, who said last year that he felt at least $13bn of revenue had gone missing from the diamond bonanza.

Negotiate with foreign lenders
For nearly 20 years, Zimbabwe has been in default on $9bn worth of international debt. That debt needs restructuring, probably with the assistance of the IMF and the World Bank.

Perhaps a government that did not only include Zanu-PF could even get the debt (or some of it) wiped out. Mr Mnangagwa is thought to be open to a new deal with the IMF, but getting new financing and renegotiating old deals would probably be easier for a unity government which included opposition politicians, especially former Finance Minister Tendai Biti.

Create the conditions to reduce unemployment and entice the diaspora to return
Formal jobs in Zimbabwe are rare. Unemployment runs at more than 90%. Creating the conditions for investment and seeing that money flows in should have a dramatic short-term effect on unemployment.

Other conditions already exist: the country has an abundance of natural resources in both agriculture and mining, and a potential labour force that’s one of the most skilled in Africa.

All it needs is the political will and the right economic conditions for Zimbabwe’s unemployment statistics to become rather less stratospheric.

Meanwhile, three million Zimbabweans are estimated to live outside the country, having fled the dire economic conditions that emerged over the past two decades. They too have skills which would be useful in the rebuilding of the economy.

But they will have to feel they would be landing on solid and stable ground – both financially and politically. Otherwise, why go back?

In addition, it could be argued that a Zanu-PF dominated government would not want them back this side of an election. The vast majority of the returning diaspora would be unlikely to vote for Mr Mnangagwa and his party.

Create its own currency

In the longer term, Zimbabwe needs to have its own currency.

Using the US dollar was necessary after the old Zim dollar became worth less than the paper it was printed on and met its demise. 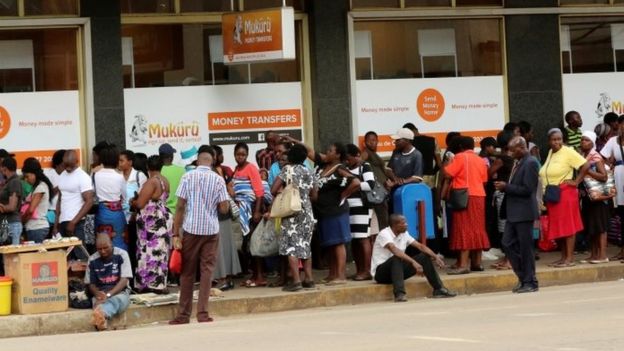 But there is so much more to creating a viable currency than switching on a printing press. Confidence is key.

Last year, the Reserve Bank introduced “bond notes” which were meant to alleviate the chronic shortage of US dollars in the system.

However, many thought this was an attempt to re-introduce the Zim dollar via the back door.

In fact, the notes have done nothing to address the cash shortage and some analysts say they might have actually made the situation worse, by pushing up the demand for US dollars even further.

Few people like using the bond notes, even though the amount in circulation is relatively low and the denominations are small.

Putting money into a bank was no longer considered the soundest of options, because the cash could only be withdrawn in small amounts and there was always the fear that the Reserve Bank would come for your hard-earned dollars.

READ: Zim regresses to ancient poverty: Zimbabweans own 100% of the land with 95% unemployment

Price of petrol and diesel to drop massively in March

One million girls in Kenya miss school each month because they cannot afford sanitary pads, while some share used ones

0 thoughts on “‘Wake up world, Zimbabwe is dying’”

← Newer Post
Authority assembles team to investigate separation of pupils by race at school
Older Post →
Couple Makes Vow: No Eating Out, No Cheat Meals, No Alcohol. A Year Later, Here’s What They Look Like
Loading...